Located in the Bucks County Enterprise Zone, an area where poverty and unemployment rates are among the county’s highest, this 45-acre property along the Delaware River has a history of industrial uses. It was originally a ship building facility in the early 1900s. In 1940 it was used for storage of salt products, and in 1943 the federal government acquired the property for aluminum refining and cryolite production. Beginning in 1950, the property was used for blending chemicals for cleaning and lubricating agents, as well as the repackaging of bulk materials including refrigerants and hydrochloric acid. In 1989, the property was sold to Atochem and used for the repackaging and warehousing of Forane, a refrigerant. The property was vacant from 1997 until 2000, when it was acquired by Bensalem Redevelopment, LP. Prior to 2003, environmental assessments were completed on portions of the property. In order to combat the blight and vacancies affecting the community, in 2003, using a $200,000 grant from the Pennsylvania Department of Community and Economic Development and a match of $100,000 from Bensalem Township, an assessment of the property was conducted and a work plan for cleanup was developed. In 2005, the Redevelopment Authority was awarded a $200,000 EPA Brownfields Cleanup grant and a $975,000 EPA RLF grant. The RDA used its RLF grant to loan to the property developer, Mignatti Companies, to assist with cleanup.

Brownfields funding was used to clean up hazardous substances, including volatile organic compounds, polycyclic aromatic compounds, polychlorinated biphenyls, pesticides and arsenic at the Riverfront South Bensalem site. Grant funds were also used for public health monitoring at the site, and community notification and outreach. This public health initiative is particularly important, as nearly 60,000 people live in the target area around the Riverfront South Bensalem cleanup site. Cleanup of the site has reduced threats to human health and the environment caused by nearly 100 years of waste release from various industries. The Redevelopment Authority, in partnership with Mignatti Companies, has begun to develop the site as a mixed-use area that will include housing, office and retail space, restaurants, and greenspace. This redevelopment will create jobs, increase tax revenues, and serve as a catalyst to return other brownfields in the area to productive use. In addition, this project has created new opportunities for homes and recreation along the Delaware River riverfront. A community site plan has been developed for a new neighborhood on the site that will be adjacent to a public park and remediated wetland along the riverfront.

Recent Posts
About Us 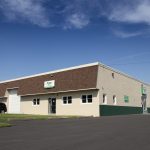